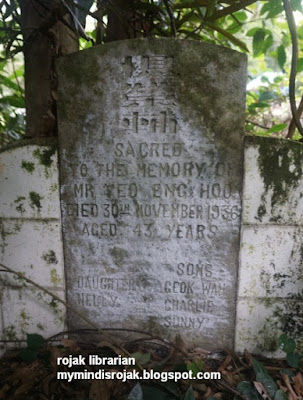 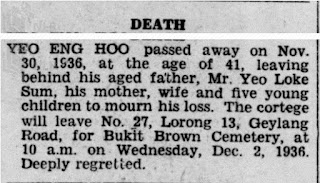 Death
Yeo Eng Hoo passed away on 30th November 1936 at the age of 41 (tomb indicate age as 43) , leaving behind his aged father, Yeo Loke Sum, his mother, his wife and 5 young children. The cortege left from No. 27, Lorong 13, Geylang Road. From his tombstone in Bukit Brown, i can make out only the names of 4 children, his sons; Yeo Geok Wah, Charlie Yeo, Sunny Yeo and daughter, Nelly Yeo.

I was told by a descendant, that Yeo Eng Hoo died as a result of a car accident. 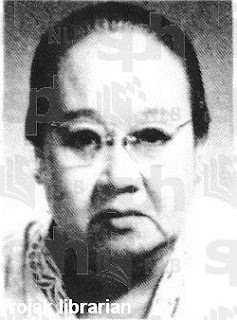 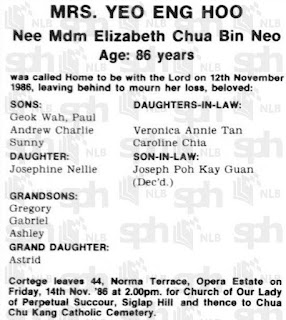 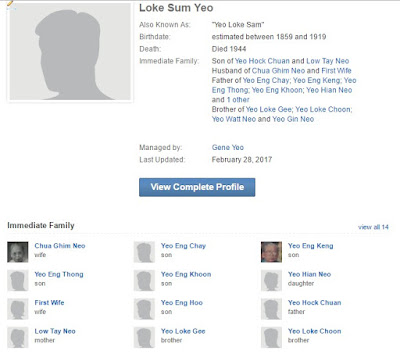