March 03, 2014 Block 1 Division B Bukit Brown Family - Teo Hoo Lye Hill 1
Teo Teow Peng, (July 26, 1882 - April 27, 1944) is the eldest son of Teo Hoo Lye. He was born 1882 in Singapore and educated in Raffles Institution. He is effectively bilingual in English and Chinese and was in the board of directors of the Sze Hai Tong Bank and the Ho Aik Steamship Co. Teo Teow Peng was also the patron of the Tiang Ho Kok Association.

Below is the picture of the family home of Teo Hoo Lye located at No 13 Dhoby Ghaut, the present site of Cathay Cinema. In August 1932, power of attorney was revoked from Teo Teow Peng and only his brothers (Teo Teow Gim and Teo Teow Geok) were given power of attorney. 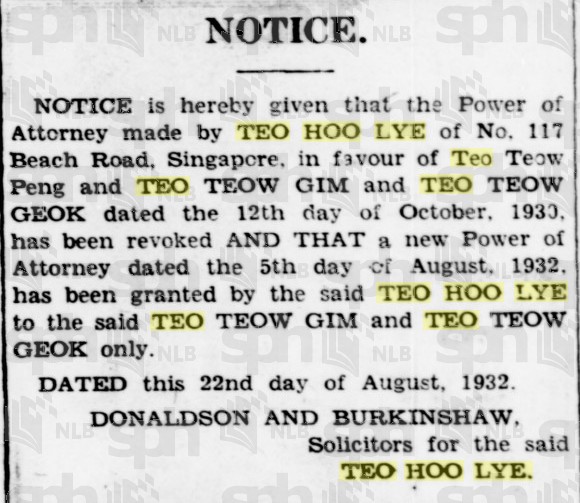