March 10, 2014 Block 3 Div A Block 3 Div B Bukit Brown Family - Cheang Hong Lim Hill 3
Cheang Jim Chuan is the third son of Mr Cheang Hong Lim. A millionaire, he inherited a portion of his father's fortune and also wisely expanded into properties. Cheang Jim Chuan has over the years bought many properties. One of his office building alone yielded 1,250 dollars a month in the early 1900's ! He initially lived in 10 Mohammed Sultan Road. There were streets called Cheang Jim Chuan Lane and Place before they were changed or expunged. 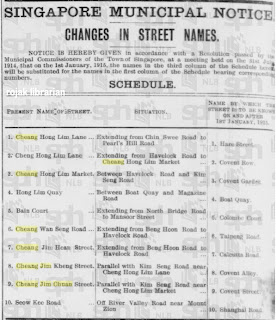 Cheang Jim Chuan of 112 Pasir Panjang was reported in the newspapers in 1928 to have purchased the 1928 Cardillac Tourer from Borneo Motors Ltd, the most up-to-date and probably largest during that time.

In an auction sale by Messrs. Cheong Koon Seng in 17 April 1935, "Rivieria" 112 Pasir Panjang Road belonging to the late Chan Kim Hong Neo was bought by Cheang Jim Chuan of No. 42 Cairnhill Hill for $20,000.


Son: Cheang Theam Chu
The engagement of Cheang Thiam Chu (eldest son of Mr. an Mrs. Cheang Jim Chuan of Nassim Road) to Miss Khoo Giang Neo, (eldest daughter of Mr and Mrs Khoo Heng Wan and niece of Dr. Lim Boon Keng) was announced on July 1917 with wedding taking place on  5 August 1917.
Cheang Theam Chu passed away at the age of 72 on 23 October 1966. He and his wife are buried in Bukit Brown in Hill 3 Division B. 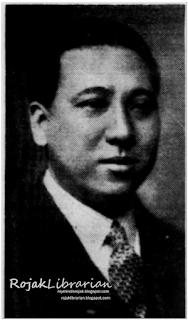