July 14, 2014 Bukit Brown Division D Family - Khoo Teng Hin Hill 3
Khoo Teng Hin was a property owner and dealer. He was also a committee member of the Tiang Ho Kok Association before becoming its Vice-President in 1932. 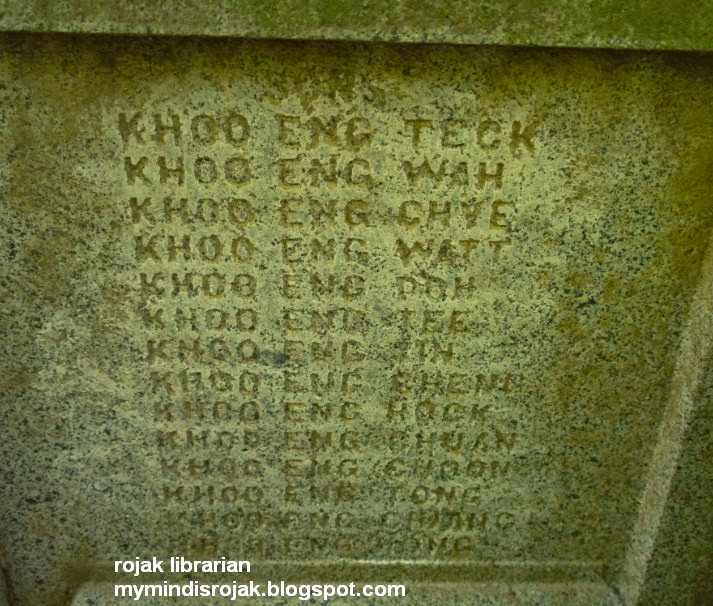 Son: unknown
There was a report on the papers that on December 9, 1923, that the eldest son of Khoo Teng Hin drowned while swimming off sea at 6 3/4 mile, Pasir Panjang. No name was mentioned. 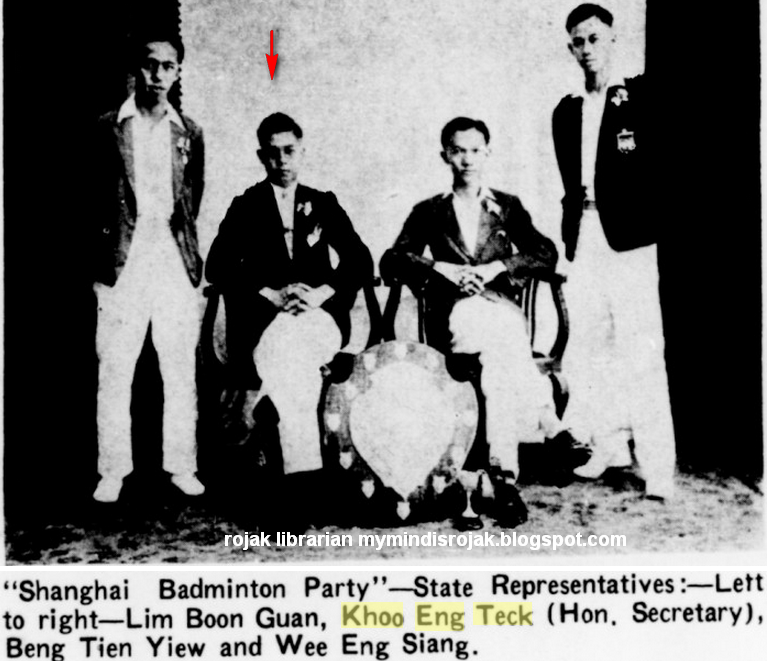 Son: Khoo Eng Wah
Khoo Eng Wah (the third son of the late Mr and Mrs Khoo Teng Hin) passed away at the age of 39 at his residence at No. 35 Koek Road, Syonan on May 27, 1945. He is survived by his wife, 2 sons, 4 daughters and several brothers. He is buried in Bukit Brown in Hill 4 Division A. Khoo Eng Wah's wife, Madam Wee Swee Neo is the daughter of Majoor Wee Boon Teng. One of Khoo Eng Wah's son, Khoo Cheng Lim was the Chairman of URA from 1987-2001. 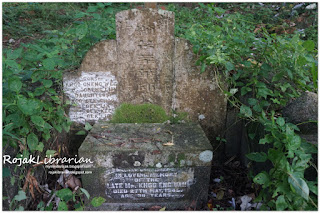 Son: Khoo Eng Poh
Khoo Eng Poh left school in 1925 and worked in a commercial firm for several years and got married. He then became a medical student and graduated from King Edward VII College of Medicine as a dental surgeon. During his college years, he was the first dental student to be elected to be the Medical College Union President.