In October 1, 1935, United Chinese Bank (UCB) opened its doors for business at the premises formerly occupied by Yokohama Specie Bank at the junction of Chulia and Bonham Street, facing Raffles Place. The chairman is Wee Kheng Chiang and Khoo Beng Cheang the deputy chairman of the board of directors. The directors include Chionh Ke Hu, Wee Cheng Watt, Pang Cheng Yean, Tan Boon Khah and Ong Piah Teng, managing director. The manager of UCB is Mr. Chua Keh Hai. United Chinese Bank (UCB) in 1965 changed its named to United Overseas Bank (UOB).
As of its opening in 1935, there were in total four Chinese banks operating in Singapore. There were the Overseas Chinese Bank, Sze Hai Tong Bank, Lee Wah Bank and finally United Chinese Bank.
Chua Keh Hai, Pang Cheng Yean and Chionh Kee Hu (together with many other bankers) are buried in Bukit Brown.

Death
Chionh Ke Hu passed away on May 15, 2604 (Syonan calender for 1944). His house was at 398 River Valley Road and the estate executors were Chionh Heok Chor, Teh Kong Yow and Chionh Kak Kiat. 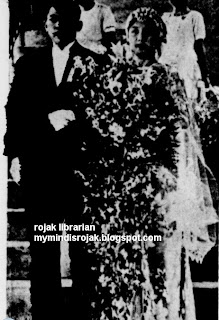