Located at 1085 Stirling Road, this temple was rebuilt in 1973 after the original village temple in Bo Beh Kang  (无尾港 or No Tail River when translated from Hokkien) was demolished to make way for the Mei Ling Estate. Mr Ang Beng Tet, 86 years who was long time resident here in the past, shared with us in Hokkien of how in the 1920's, the Ang's and Lee's bought land in in this area from prominent Teochew leader, Seah Eu Chin for the purpose of resettlement of their fellow clansman. The elderly Mr Ang went to recount as a young boy stories of bombing and rationing during World War II.

Bo Beh Kang  (无尾港 or No Tail River when translated from Hokkien) got its name of the stream and fresh water swamps that dominate the terrain, but locals could not locate the source of that water. It was also land dominated by cemeteries at the hill known during British colonial days as Bukit Pandan Kechil asseen in the map below of 1924, but to the Chinese locals as Hong Lim Hill (named after prominent Hokkien leader Cheang Hong Lim for his donation of land as cemetery grounds). The other hill in this area was called Hong Yin Hill had orchards and plantations. In 1928, Lee Gek Poh and Ang Kim Swee bought a 7 acre land from Seah Eu Chin Estate to establish a village for their kinsmen to resettle away from their overcrowded attap village in Geylang. As Chinatown became overcrowded, other residents move to this thriving and growing village. The former burial ground and farmland at Boh Beh Kang village were eventually cleared to make way for public housing post war and by 1968, the Hong Lim burial grounds exhumed and flattened for more housing.

Just opposite the temple are blocks 160 and 161 Mei Ling Street which holds the title as the first point blocks built by the Housing Development Board in 1970. However it doesn't look at all like a point block. The reason was probably it was the first prototype which is consistent with the spirit of Queenstown Estates of being first in trying out new types of units of public housing.

The unique facade of Block 168A Queensway led to it being nicknamed the "Butterfly Block". On this block we got to meet one of the old time residents who was one of the original residents in 1973


A retired teacher, Paul Fernandez, 74, has been living in a four-room flat at the 5th storey of Block 168A Queensway since relocating from a dilapidated wooden hut at Upper Bukit Timah Road 40 years ago. He originally applied for the flats in Farrer Road but got this instead. A former teacher of St. Gabriel's Mission School in Upper Serangoon, he shared that this area had once a reputation of being a gang infested area and shared stories of a coffee place called Jumbo Coffee house which was in place to be for teens in those days.

Another anecdote he shared was after moving into his flat, he had to spend money to do further repairs due to cracks or poor workmanship. He shared that this was probably due to the haste as a result of growth in providing public housing in the early years.

Built in 1938 as a British Military Hospital just in time for World War II and with the growing presence of colonial British forces in the Far East, it was well equipped with the latest medical  equipment of that period. The site was chosen also for its close proximity to the railway lines so that the wounded could be transported to the hospital quickly. On the final day before the surrender of Singapore to the Japanese in 1942, the Alexandra British Military Hospital was one of the sites which tragedy struck with between 150 - 200 patients and hospital staff were senselessly massacred by advancing Japanese forces.

Many theories were given on why this massacre happened.This included Japanese soldiers were going after a group of retreating Indian soldiers who had been firing at them from a location near the hospital. Another explanation given is that the massacre took place in the heat of battle because the Japanese troops wanted to revenge their fallen comrades (e.g. especially those who killed in a huge fireball set off by retreating British forces).

I really enjoyed this trip by the passionate volunteers of My Community (My Queenstown) especially the visit to the mystery bunkers the most. I wish them all the best and I will be looking forward to them opening more tours in their neighbourhood which as many many gems waiting to be shared or rediscovered.

The Dawson and Alexandra Heritage Tour is part of the My Queenstown Heritage Trail series and the trail is opened to the public and interested participants can register for the free, guided tour through www.myqueenstown.eventbrite.sg or myqueenstown@gmail.com.

Places by Ocean Skies
Give them roots and wings by loveourchildrennow.sg
Missus Tay's Journal by missustay.com
Blog to Express

Guarding the Peck San Theng temple are a pair of beautiful marble lions. On closer inspection, this are the lions that used to graced the tomb of famous building contractor, Wong Ah Fook (a bit about him later). The lions have also different facial expressions. One is in eternal sleep and the other is alert. On both lions, i can make out the artisan or company that constructed the pair of lions;  Raoul Bigazzi  Sculptor and Art Dealer  Florence  Raoul Bigazzi  - Sculptor and Art Dealer, Florence  From all my explorations in Bukit Brown, i do see some tombs constructed of marble, but not for lion guardians which are all done in granite. So it must be a interesting decision to marry east and west styles for the tomb of Wong Ah Fook (i saw the picture of Wong Ah Fook's tomb in a photo in the booklet "Becoming Bishan" which also shows the location of the lion). Fortunately after the clearing of the cemetery to make way for housing, the lions were saved and gifted by the famil

Goh Hood Kiat studied in Anglo-Chinese School before becoming a teacher there.  He went on to be a proprietor of G.H. Kiat Ltd, a well known bookseller business in Change Alley and High Street. Goh Hood Kiat was also a director in the Singapore Chinese Girls School and President of the Chinese Association, Booksellers and Newsagents Association, hon. secretary of Clerical Union, Vice President of the Chinese Swimming Club.  He successfully contested the first Municipal Elections in 1949 and secured the largest number of votes and served for 3 years. In 1955 he was awarded the Order of the British Empire (O.B.E) by The Governor of Singapore, Sir John Nicoll.    Goh Hood Kiat  In a very high profile case, Goh Hood Kiat was charged with attempted murder by shooting a young Straits born Chinese, Mr Wong Yong Soo in the back with a pistol revolver at the Chinese Swimming Club on 26 June 1925. Goh Hood Kiat was sentenced to 9 months rigorous imprisonment on 30 July 1925 for causing hurt. In 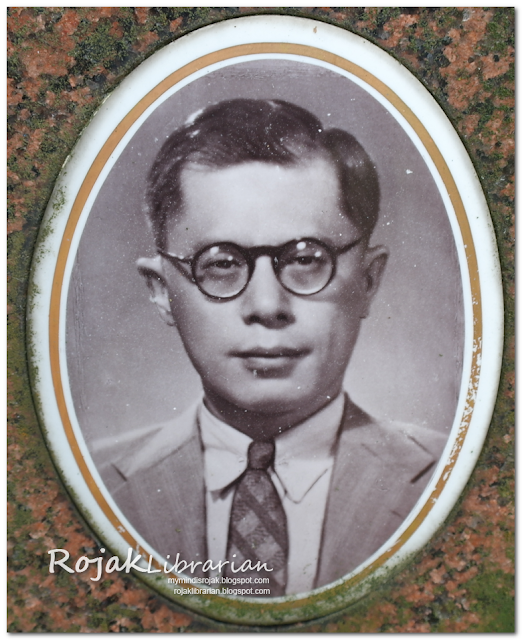 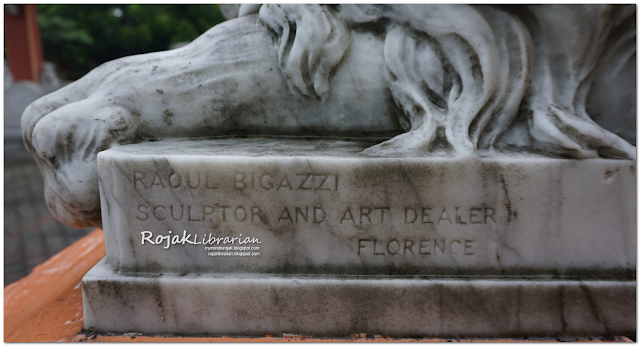 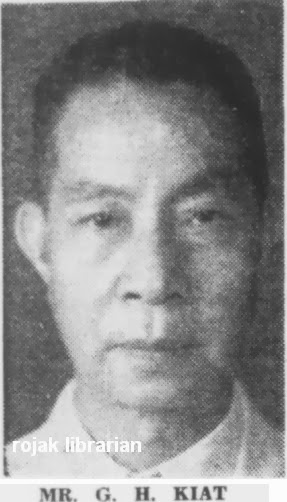 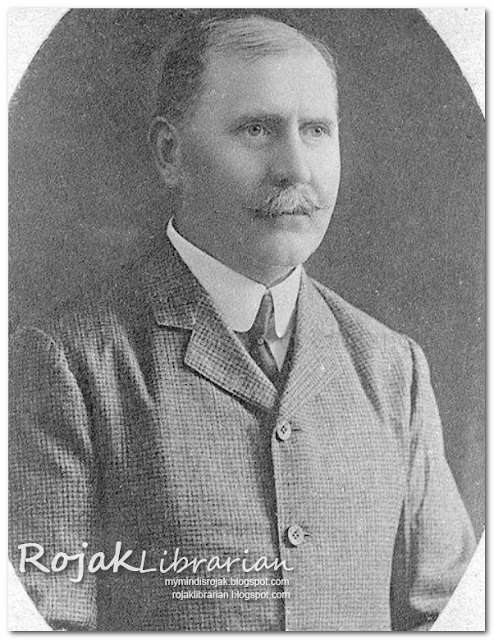 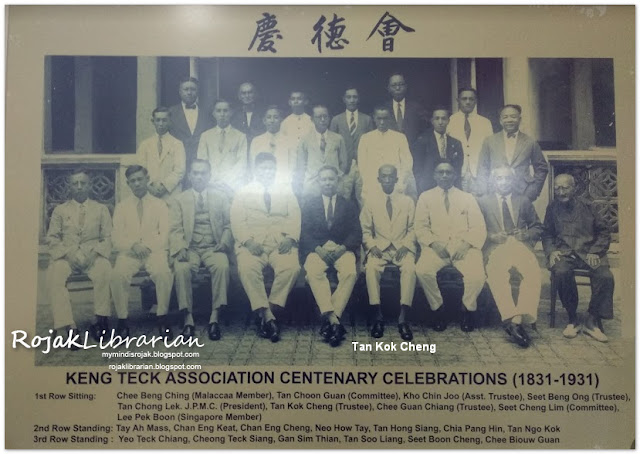 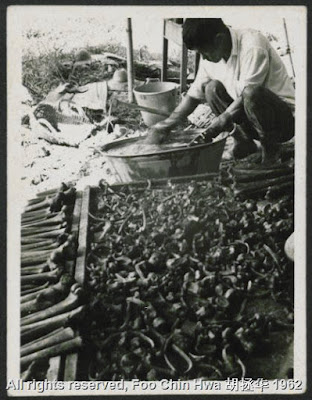 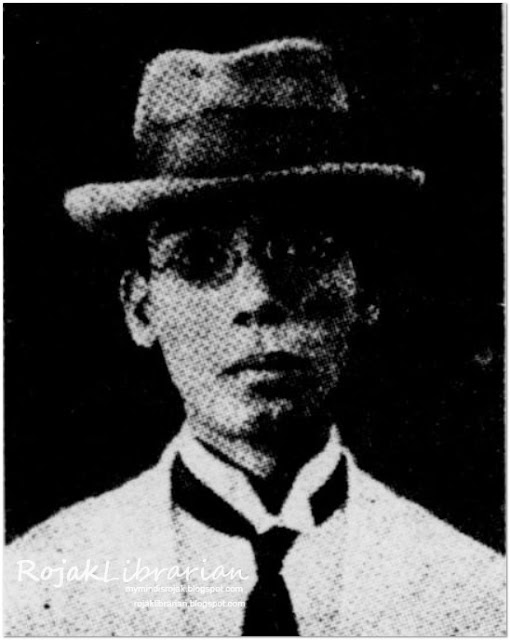 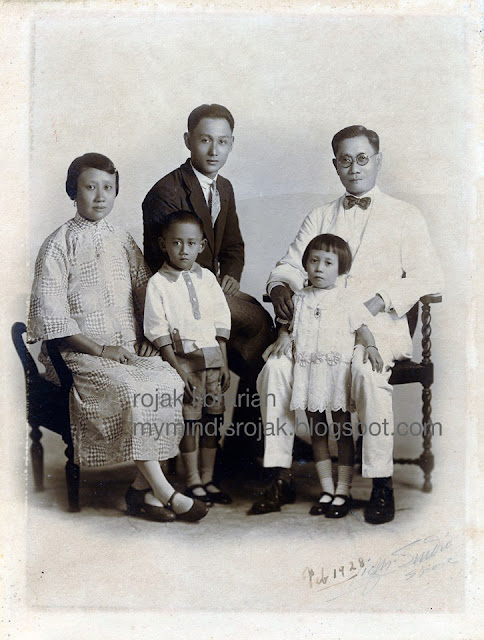