October 20, 2014 Bukit Brown Division D Hill 2
In Hill 2 D, plot 8, is a simple tomb with the inscription that when translated says simply "Here lies a poet by the name of Khung Ngien Chew". 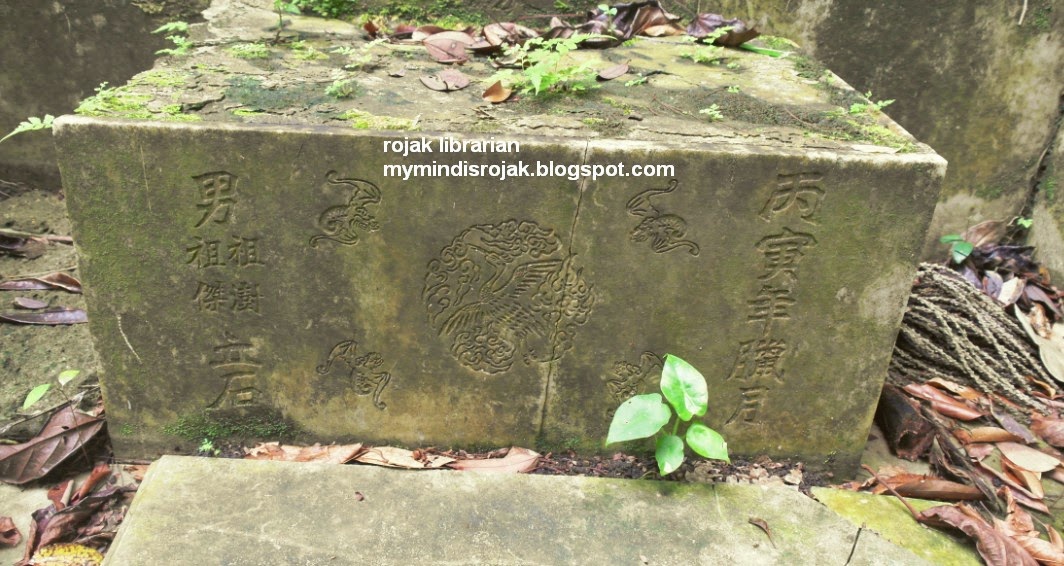 Who is Khung Ngien Chew and what poetry did he wrote ? I am not sure as i am unable to research from Chinese resources, but from what i gathered from the death acknowledgements, he was a member of the Foochow Guild and Chinese Chamber of Commerce.

Death
Khung Ngien Chew of the Chinese Chamber of Commerce passed away on January 5, 1927 at 21-6, Geylang Lorong 16, at the age of 58. He is survived by a widow, a younger brother, 2 sons, 1 daughter and many grandchildren. The widow of the late Mr Khung Ngien Chew and Messrs. Khung Siang Chew, Khung Yu Chang, Khung Choo Sik, Khung Choo Chuak and Lee Shan Ming of Batavia thanked the Foochow Guild, Chinese Chamber of Commerce, Sam San School, Lam Chong Association, Yew Aik Seah and friends for the wreaths, scrolls, banners, telegrams and letters of condolences as well as their kind attendances at the funeral of Mr. Khung Ngien Chew.

From the names above, the only lead i found out was of  Lee Shan Ming, who was a branch manager of the Ho Hong Bank who came from the Palembang branch (Sumatra, Indonesia) to set up the Seremban branch in Malaya in 1925 before being transferred to Singapore in 1926 before proceeding to Batavia. Lee Shan Ming who spoke good English was educated in Anglo Chinese School and a church speaker (possibly an elder ?).