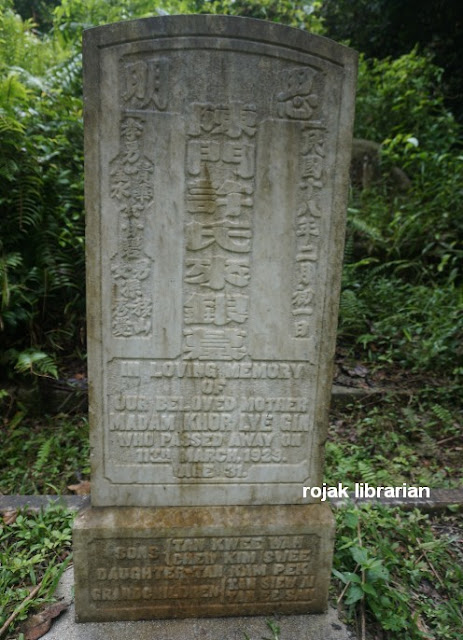 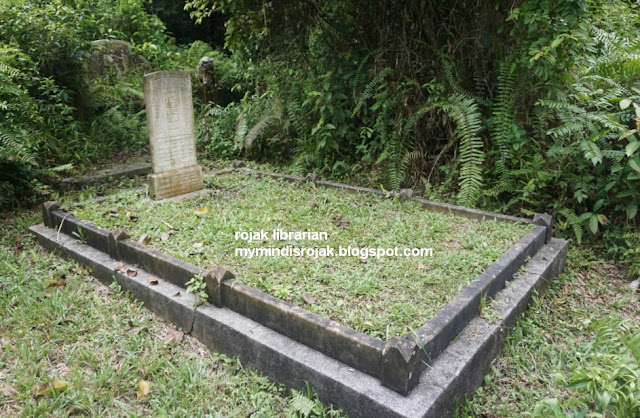 There is not much details i found about Madam Khor Lye Gin, but i found some information about her son and daughter. Dr Tan Kwee Wah studied at Raffles Institution and later was at Nair Hospital, Bombay for several years before going to United States and later graduating from North-Western University, Chicago with the degree of Dental Surgery. He continued by pursuing a Fellowship at Leonie Guggenhin Foundation Dental Clinic, New York.  In the very same 1947 article, it mentions her sister, Tan Kam Peck as a tutorial staff with the Merchantile Institution. 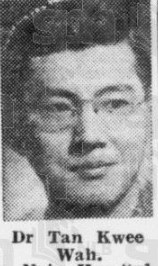