Her husband, Cheong Koon Hong is one of two sons of Cheong Ann Bee and Tan Wah Neo. Cheong Koon Hong and his brother Cheong Koon Seng were responsible for the building of Theatre Royal in North Bridge Road (former Blanco Court, now Raffles Hospital) and are the proprietors of the Star Opera Co. which performs opera every night (except Thursday's) in the Malay language. Performances include Shakespearean pieces such as Hamlet, stories such as Arabian Nights, Ali Baba to Chinese classics such as Sam-pek Eng-Tai. Mr. Cheong Koon Hong was the patron of the Eclipse Badminton Party (1947) , president of the Singapore Funeral Association (1934), patron of United Confederate Funeral Association (1953).

Son: Cheong Hock Whatt
Cheong Hock Whatt, the second son of Cheon Koon Hong got engaged to Miss Lau Hui Keow (second daughter of Mr Lau Pau Song in 18 May 1948. Cheong Hock Whatt passed away at the age of 33 on 9th February 1956. He is survived by his parents, Mr and Mrs Cheong Koon Hong, wife Hui Keow and 2 sons. He was buried in Bidadari.

Son: Cheong Hock Lock
The fourth son of Mr and Mrs Cheong Koon Hong, Mr. Hilary Cheong Hock Lock married Miss Florence Barbara Baptist, youngest daughter of Mrs. A.A. Baptist. at the Church of St. Joseph's on 29 October 1961. Both of them were working at the Singapore Telephone Board. 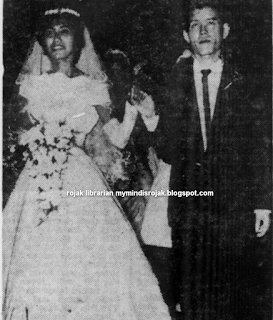 Daughter: Cheong Keong Siok
An engagement notice was announced on July 15, 2604 (15 July 1944) between Wee Chye Koon (eldest son of Mr and Mrs Wee Teow Siong) and Miss Cheong Keong Siok (second daughter of Mr and Mrs Cheong Koon Hong)
Father: Cheong Ann Bee
Cheong Ann Bee was born in Malacca in 1833 and came to Singapore when he was 10 years old. He spoke no English as he attended Chinese school as a boy but nevertheless work in European firms such as Messrs. Dare & Co. and W. Mansfield & Co. He went on to venture into shipchandlery business  together with Tan Eng Siew under the name Ann-Bee, Eng-Siew & Co. In 1878, they parted ways and Cheong Ann Bee eventually partner Syed Mohamed Alsagoff and Lim Eng Keng in the firm Ann Bee & Co until it was eventually wound up in 1898. Cheong Ann Bee was known for his charitable disposition in providing eye salve (ointment) to those in need, especially coolies. Cheong Ann Bee died on March 9, 1896.