A dutch tomb in Bukit Brown.

February 28, 2012 Bukit Brown Died Young pegged
Nearby the roundabout and affected by the 8-lane highway is a simple tomb that belongs to a Mr Tan Tang Hoaj. He died at the age of 65.  What is unique about this tomb is that the inscriptions are in Dutch. 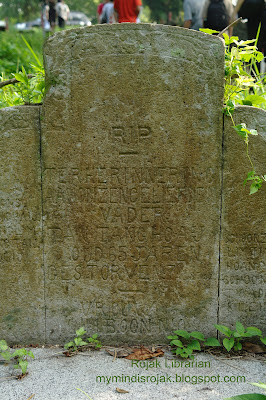 On the tombstone shoulders are the names of his sons and daughters (left), son-in-laws and daughter-in-laws (right) 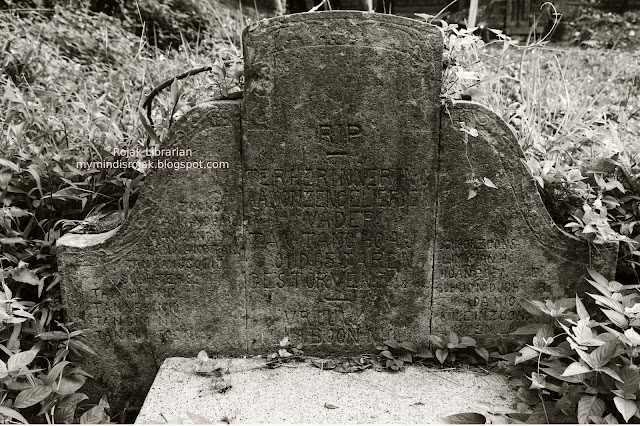 The proximity of the Netherlands (Dutch East Indies) colony, Indonesia  with British Colony of Singapore facilitated trade and business dealings. In my earlier post i mention the graves of "Capitan" China Wee Chim Yeam from Bengkalis as well as "Majoor" Wee Boon Teng of Selat Panjang. Both places are from Sumatra. Both are chinese community leaders with titles bestowed upon them by the Dutch.