July 12, 2013 Block 1 Division G Bukit Brown Hill 1
Chew Joo Chiat, (周如切 ) a hokkien from Amoy, came to Singapore as a penniless boy, but through a mixture of sheer hard work, business acumen and marriage to a peranakan family, he went on to be a plantation owner of coconuts and rubber in the area called Confederate Estate where Joo Chiat is and expanded to be property tycoon leaving behind properties and houses (mostly) in the East Coast District of Joo Chiat estimated to be worth a million dollars in 1926 and it another article dated 1930, 4 million dollars.What started with plantation grew into streets with buildings. The streets were named after him as when the colonial government wanted to build roads expanding to the east, Chew Joo Chiat gave it away without seeking compensation. It is believed that his business acumen came to play, predicting that with government building roads and infrastructure, he could make even more money renting or selling houses in this area as well as to transport his copra and rubber easier. Indeed a shrewd man and aptly nicknamed as the "King of Katong".

Death
Chew Joo Chiat passed away at the age of 69 on February, 5, 1926 at the family residence in 246 Joo Chiat Road. He left behind two sons, Chew Cheng Yam (Chew Cheng Liam)  and Chew Cheng Swee. 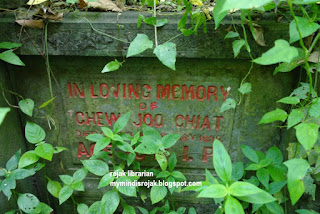 Son: Chew Cheng Swee (周请水)
In a court case, stretching from 1930-1932, Chew Cheng Swee put a defence plea to court that he was heavily indebted (due to unpaid promissory notes worth $82,000) was the reason he was unable to pay his second wife, Madam Chan Chye Neo and children the $150 monthly maintenance. It was also mentioned that Chew Cheng Swee bought a third wife for $600 after an accident to Madam Chan that led to her left hand being crippled. The court ruled for the complainant, Madam Chan and ask the defendant, Mr Chew Cheng Swee to pay the $450 maintenance in arrears.

Daughter: Chew Quee Neo (Mrs Lee Tian Seck) 周桂娘
Madam Chew Quee Neo ( listed in the papers as the only daughter of Chew Joo Chiat and nickname the Grand old lady of Joo Chiat) is the wife of Mr Lee Tian Seck (campradore of Batu Pahat Bank). She passed away at the age of 71 years old on December 12, 1962.  She played an important role in 1960 by being one of the principal donor in the Buddhist Temple, Mangala Vihara (Shrine of Blessing) Temple in No 38 Jalan Eunos.