The amusement park was open on 1 February 1924 afternoon by Mrs. Lee Choon Guan, M.B.E. who performed the cord cutting ceremony with a golden scissors at the main gates of Happy Valley just before the Chinese New Year. The main attraction includes a boxing stadium that can be adapted to use for theatrical shows and circuses. Another attraction is a big three decked steamer, nicknamed the "ship" with wide decks that accommodate hundreds of people. On the grounds also is a towering pagoda.

In 1925, Happy Valley also transformed to be a site of worship and memorial for the late Dr Sun Yat Sen and on the stage, the life size photo of the late Doctor, with hundreds of scrolls bearing messages of sorrow and admiration for the late Dr Sun Yat Sen supplied by the various guilds in Singapore. In front of the photograph were hundreds of flower wreaths of various forms. Men, women and children wearing black bands came to pay their respects. Among those who spoke included Mr Teo Eng Hock and Mr Ng Seng Pang.

When the King of Siam visited the Happy Valley

In 1924, His Majesty the King of Siam visited Happy Valley past midnight and was greeted at the gate by Lim Teck Kim who brought them on the visit of the grounds. They spent some time in Merry Opera Company before leaving at 1 am.
Happy Valley was eventually sold off to the British-American Tobacco Company.  So where was Happy Valley located exactly ? Clues from building plan approvals places Happy Value to be at Kee Seng Street adjoining Tanjong Pagar. Interestingly enough, the 3 parallel streets include Hoe Chiang Street (name of Lim Teck Kim's company and finally Lim Teck Kim Road (a road named after Lim Teck Kim himself). 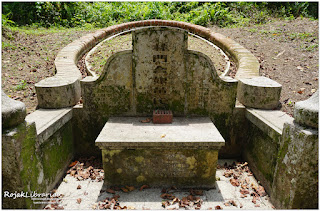 Son: Lim Cheng San (died 1942)
Lim Cheng San lost his life during the Japanese occupation. He was interred at the Kranji War Memorial. 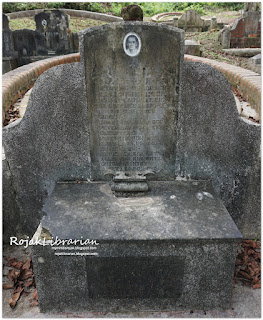 Daughter: Lim Kim Kee
Madam Lim Kim Kee died at the age of 28 on 30 March 1949. She is survived by one adopted daughter, Nellie Chia and one adopted son, Quek Chin Hwee. Her tomb lies nearby Lim Teck Kim cluster. (Block 3 Section A, plot 267)

Location of the tomb