December 01, 2014 Block 3 Div B Bukit Brown Family - Lim Ho Puah Hill 3
Mr Lim Peng Siang was born in Amoy 1872 and is the son of Mr. Lim Ho Phuah. He came to Singapore when he was very young and studied via a private tutor but also managed a year in St. Joseph's Institution before joining his father at Wee Bin & Co. Very much like his father, he eventually made it on his own and became the proprietor of Ho Hong Co. or Enterprise in 1904 and reinvested is wealth in expanding to many other companies such as Ho Hong Oil Mills, Ho Hong Bank and Ho Hong Line of Steamers, Ho Hong Soap Factory, Ho Hong Portland Cement Company and The Asphalt Paving Company which are industries that help in the development of Singapore as a British Colony.
Lim Peng Siang was in the Chinese Advisory Board , Committee member of E Hoe Hean Club , Member of the Singapore Harbour Board,  President of the Chinese Chamber of Commerce and he has contributed to various causes such as St.Andrew's Hospital For Women & Children, Halifax Relief Fund, King Edward Memorial Fund and Singapore Chinese Aircraft Fund.

Family
Father: Lim Ho Puah  / Lim Hoa Puah
Lim Ho Puah was born in Amoy in 1841 and joined Wee Bin & Co. He worked hard as an employee and won the attention of Mr. Wee Bin and eventually became his son-in-law.  Lim Ho Puah, JP. rose to become a Senior Partner of Messrs. Wee Bin & Co. a prominent company which at its height owned a rice mill and 30 steamers and many other business. He was a member of the Chinese Advisory Board and the Po Leung Kuk. Lim Ho Puah passed away on February 10, 1914 at the age of 74. He is survived by 11 sons and 4 daughters. His remains were shipped back to China. Probate of the will went to his two sons; Lim Peng Siang and Lim Peng Mau.

Brother: Lim Peng Chin
Lim Peng Chin name was mentioned in an incident when during a funeral procession of his father, Lim Ho Phuah to be sent on board the ship Hong Moh, there was a heavy shower. During the scramble to prevent the valuable coverings, banners and flag from getting wet, the decorated silk coffin cover said to be worth $200 went missing. A man said to be in possession of the pawn ticket of the silk cover approached Lim Peng Chin for money to recover it. The long story short, the man was charged for dishonestly holding stolen property. Lim Peng Chin died in 1936 and is buried in Bukit Brown.
Wife: Lee Bay Neo
Lee Bay Neo sued Lim Peng Siang in 1932 for $70,000 and a monthly maintenance of $700. At the time she was 58 years and has been married to Lim Peng Siang with the full first wife rights and ceremonies in China 41 years ago. Her opium addiction cost her $400 a month and it was revealed that she went on a pleasure cruise /tour in China and spent over $80,000 in 6 months ! In 1928, Lim Peng Siang reduced her maintenance from $1,000 to $200 owning to his financial situation. 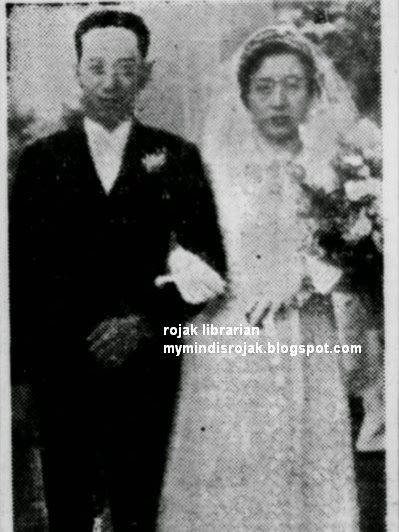