November 10, 2015 Block 3 Div C Bukit Brown Family - Tan Kim Tian Hill 3
Tan Hap Seng (25th July 1868- 24th March 1934) is the son of Mr. Tan Kim Tian who came from Malacca to Singapore at the age of 15. Tan Kim Tian founded Tan Kim Tian and Son Steamship Company at No 1 Prince Street, the first local Chinese company that build and purchase steamships. It started with three sailing vessels and two small steamers, and at its pinnacle was said to have owned 11 ships with a tonnage of over 80,000 tons and also 3 large modern steamships.Tan Kim Tian and Sons was one of the most prosperous shipping firms in Singapore. Tan Kim Tian passed away on December 18, 1882. His son, Tan Beng Wan carried on as managing director until he died in 1891 on Christmas Day at the age of 40 at his residence in Botan House, Neil Road. After Tan Beng Wan passed away, the company was managed by Tan Hap Seng  (Managing Director) together with his brothers Tan Hap Leong and Tan Hap Swee.

Tan Hap Seng  was involved in many committees and was a Straits Chinese pioneer in the educational and social reform developments in Colonial Singapore.

Tan Hap Seng, Tan Jiak Kim and Tan Boo Liat were Chinese Trustee of the Anglo-Chinese School up to 1896, but resigned as the felt that the schools were preaching Christianity in this school.

Under Tan Hap Seng's stewardship, he together with his brothers Tan Hap Leong and Tan Hap Swee decided to join forces with T.C Boogardt, a shipowner and they formed a private company called Tan Kim Tian and Co. In 1903, the company went into voluntary liquidation. The company and its ships was eventually bought over by its biggest lender, Oei Tiong Ham in 1905.

Death
Tan Hap Seng passed away at the age of 66 years old on 24th March 1934 and is buried in Bukit Brown, Hill 3 Divison C plot 199. On his tomb, listed are 5 sons , 4 (?) daughters and many grandchildren. If you know how to translate the Chinese characters, do let me know. 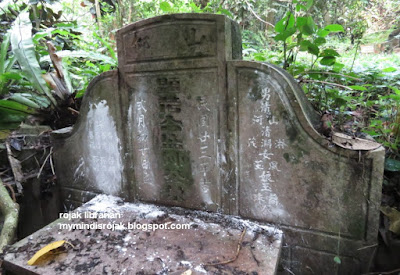 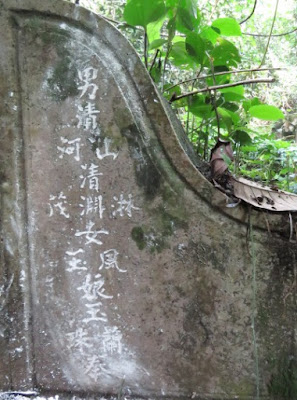 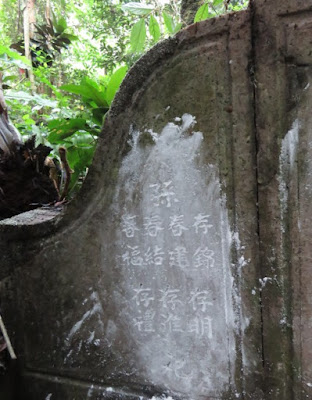 The mystery of when Tan Hap Seng died and where he was buried was literally uncovered with discovery of Tan Hap Seng's tomb in Bukit Brown by Raymond Goh in November 2015.