April 11, 2017 Block 4 Div C Bukit Brown Hill 4
Lee Kim Bock passed away at the age of 60 on 26th November 1938 at his residence at No 4 Lorong 27 Geylang. The newspaper mentions he was a prominent figure in the Straits Chinese Community from a well known family in Singapore and Malacca. He is buried in Hill 4 Section C, plot 1253 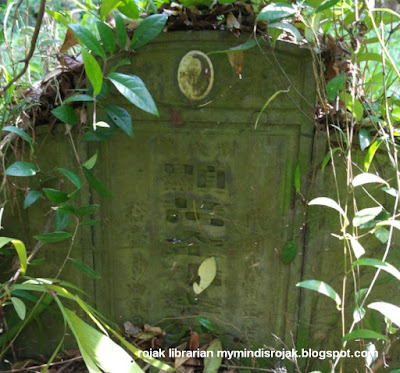 
Lee Yew Bin /Francis Lee Yew Bin
Francis Lee Yew Bin (eldest son of Mr and Mrs Lee Kim Bock ) got engaged to Miss Tan Eng Neo (only daughter of the late Mr. Tan Boon Chwee and Madam Chua Geok Yan).  The marriage took place in November 1936.  He was a vice-president of the Sincere Lads Badminton Party. However, in an 1941 article, the was an court summons that allege that Tan Eng Neo was of unsound mind and the court requested Lew Yew Bin, her husband to appear in court. 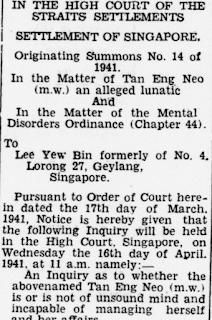