Tan Toon Cheng (who is the son of Tan Joo Guan ) studied in Raffles Institution. In January 1911, Tan Toon Cheng was one of the medical student of the Straits and F.M.S. Government Medical School that passed the final examinations and received the diploma that entitles him to practice medicine. Dr. Tan Toon Cheng married Miss L. G. Ei (niece of Dr. Lim Boon Keng ) in 1911.


The King Edward VII College of Medicine Alumni and Singapore Medical Practioners paid tribute to the late Dr. Tan Toon Cheng during their respective meetings in 1935. 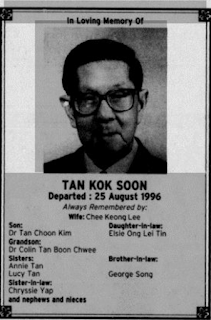 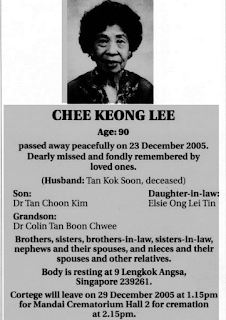