November 05, 2014 Block 1 Division B Bukit Brown Hill 1
More commonly known to the Bukit Brown volunteers as the "Triple Tomb of Lim", this beautiful and ornate triple tomb bears the headstones of Madam Ong Thiam Neo, his son Lim Lian Quee (林连贵) and his wife.  Lim Lian Quee's family was from Zhao'an county, Fujian. Born in Singapore in 1891, Lim Lian Quee received initially a Chinese education, before studying in Raffles Institution. As his father passed away when he was still studying, he left school and found work in the Public Works Department. Subsequently, he founded a motorcar firm and worked there as the general manager and expanded his business into rubber.


Chong Nam School
Lim Lian Quee was one of the key pioneers who help fund Chong Nam school and played a leading role in raising funds for the school. He was President of the school's board for many years. In addition, he contributed to many philantropic causes such as schools, hospitals, Geylang Fire Relief fund and China Famine Fund, Malayan Flood Relief Fund. Lim Lian Quee was the first president of Chinese Friendly Association in 1924 which was held at his residence in 104-B Balestier Road. 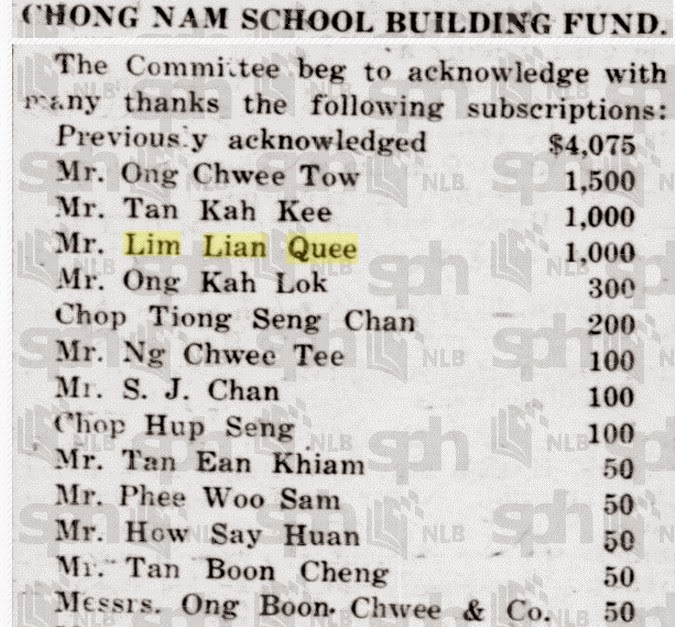 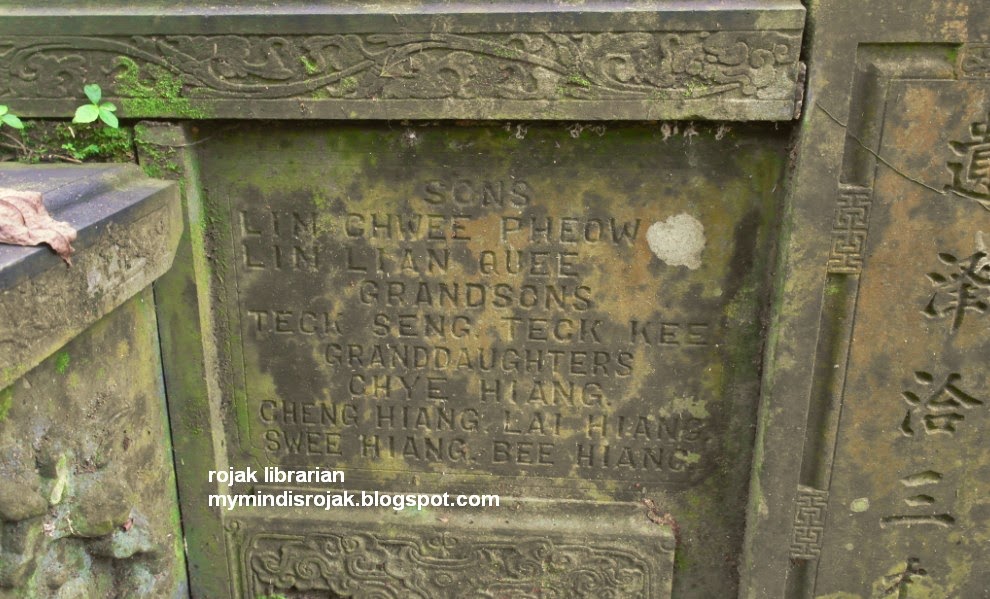 Ornate features of the Triple tomb
Will find time to write more about the ornate elements of this tomb in another article.

[article amended on 4th March 2015 as there was confusion between another Lim Liang Quee of Lianquee Trading who passed away in July 1935 at his residence in No. 6 Hullet Road and was buried in Bidadari Cemetery. Lim Lian Quee was survived by 2 sons, 6 daughters, 1 son-in-law, 4 daughter in law and 5 grandsons.

My original article mentioned that Lim Lian Quee was the proprietor of Lianquee Trading Co. may have led to this confusion.]