Family
Daughter: Chia Lim Neo (Mrs Ong Teck Lim )
In 1913, the Anglo-Chinese School received a donation of $3,000 to established 3 scholarships in the Senior Cambridge and Seventh Standard named after Ong Teck Lim, an old boy of the school. The donation was given by his widow, Nonya Chia Lim Neo in fulfilment of her husband wishes to help poor chinese boy who would otherwise be unable to continue in school.
Ong Teck Lim was a Justice of Peace and Municipal Commissioner (appointed in 1906). His cousin is Ong Kim Wee, a merchant from Malacca. Both were honored in a ceremony held in 1921 were Mr Seow Poh Leng, Manager of the Ho Hong Bank on behalf of the ACS old boys unveiled the portraits of the late Ong Teck Lim and Ong Kim Wee.

Ong Teck Lim also donated to Raffles and St. Joseph Institution and the scholarship's were also named after him. After the death of Mr. Ong Teck Lim, Chia Lim Neo, of St. Thomas Walk, bought over Woodsville (a freehold property of 18 acres off Serangoon Road) for $100,000 in 1920.

Grandson: Ong Swee Gam
There was a notice of Mr Ong Swee Gam, the second son of the late Mr Ong Teck Lim leaving for London to take up his profession in medicine in March 1922. 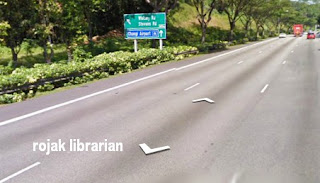