May 08, 2014 Block 3 Div B Bukit Brown Family - Ang Choon Seng Hill 3
Ang Choon Seng  (1805- 1852) was born in Malacca and came to Singapore at an early age. He started business as a commission agent and provisional goods merchant under the company name of chop Chin Seng at Phillip Street. He also owned two schooners, (Patah Salam and Kong Kek) that ploy the Saigon (now Ho Chin Minh) and Bangkok route mostly dealing with the trading of rice. He also expanded to become a nutmeg plantation owner and also owning properties in Moulmein Road.

In 1831, 36 Chinese merchants and traders formed themselves into a Family Benefit Society also named as Keng Teck Whay. It was a society of "sworn brothers" and membership is only for the descendants of the 36 founders of different surnames. Some of the founders include See Boon Tiong, Chee Teang Why, Chee Kim Guan, So Guan Chuan, Neo Chan Guan, Yeo Kim Swee and Ang Choon Seng. The members each contributed 100 Spanish dollars, as seed fund to invest in property which will provide steady income and financial assistance for poor widows and families of the society.

Ang Choon Seng died on 2 February 1852 and was buried in a private cemetery in Moulmein Road. He was re interred together with his wife, Madam Ang Choo Ann and his son, Mr. Ang Kim Chiak and daughter-in-law Soh Siok Eng to Bukit Brown on 28 March 1932. 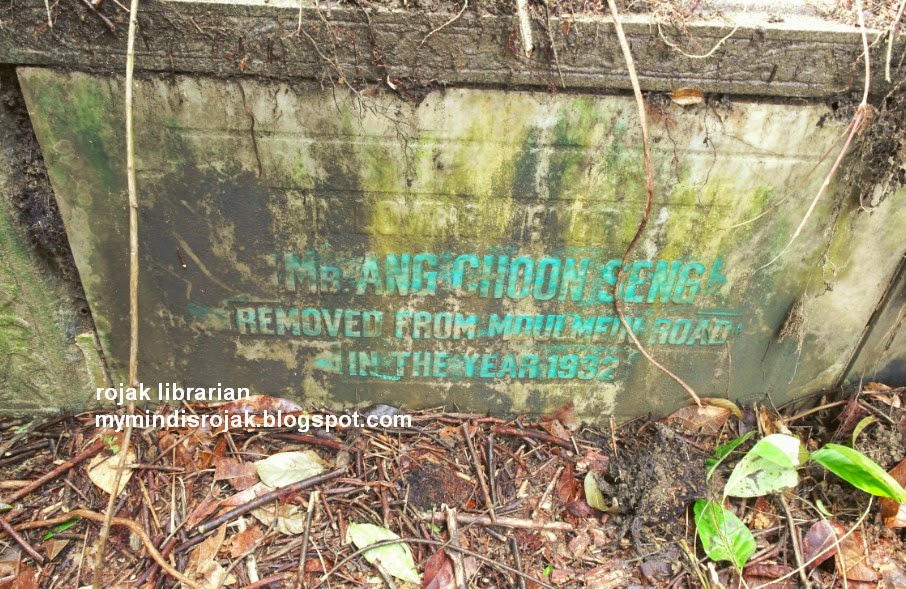