November 06, 2021 Block 4 Div A Bukit Brown Hill 4
The tomb of Madam Yeo Siew Keng is one of the most unique and beautiful tomb in Bukit Brown. It has 5 lions and colloquially known as the 5 cats tomb. The tomb is decorated with cut and paste mosaic sculptures or “jian nian (剪黏)” which consist fragments of different colours and shapes from ceramic bowls. On the headstone is also engraved that she is an 18th generation Lim.

Nearby Madam Yeo Siew Keng is the tomb of her husband, Lim Seet Sam and her son, Lim Sze Quee.

Jian Nian (剪黏) is the technique where colourful ceramic pieces are cut and pasted to form decorative patterns or motifs and in the case of the tomb of Mrs. Lim Seet Sam nee Madam Yeo Siew Keng used to adorn the lions (5 of them) and the rest of decorations of the tomb. The artisans where mainly from the Fujian and Choazhou regions (Southern China) and used this decorative techniques for roofs of temple and houses of rich merchant. Some of them migrated to this region and continued their trade. It is hard manual work as the craftsman need to use sharp scissors to cut ceramic bowls into fragments of different shapes and sizes and arrange and paste them on the sculptured plaster so to make them stand out. So it is not surprising not many such sculptures can be found in Bukit Brown cemetery and it is likely to be costly. Another tomb, that of Mr. Lim Kow Nah has also some jian nan pieces. 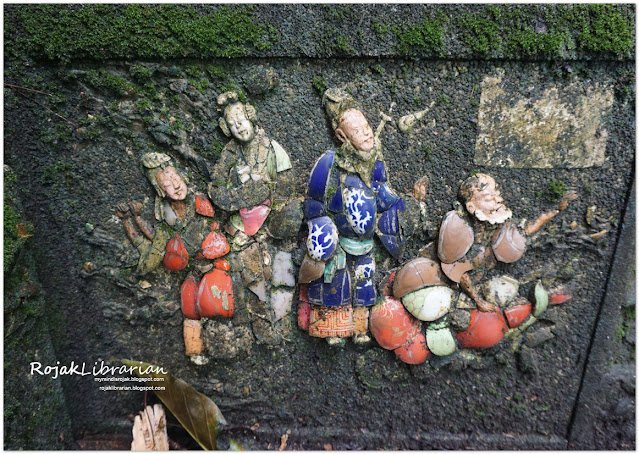 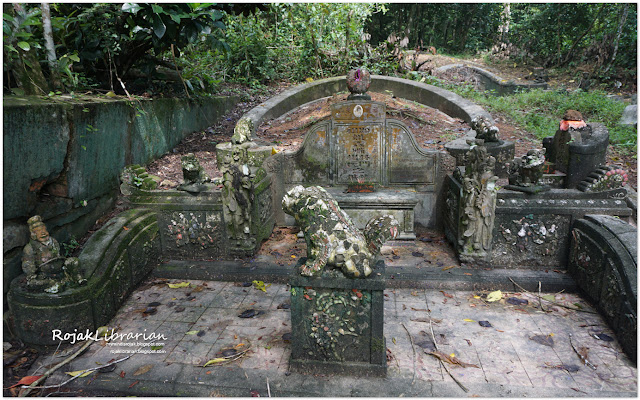